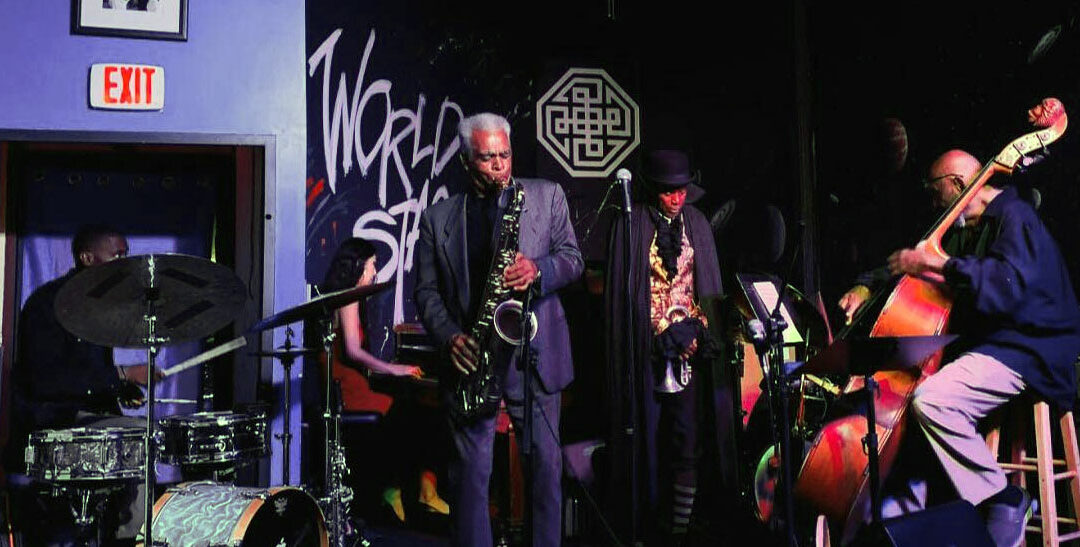 Article placed in the latest issue of Music Connection magazine

Material: TLQ Plus is a jazz ensemble playing both originals and covers––upbeat, toe-tapping tunes that make you want to boogie. Mixing very good, all-instrumental, original material with jazz standards made for quite the evening. Lawrence did well on sax, picking up most of the songs’ melodies while Yamamoto had his back on all the lead parts on piano. Songs like “Mashada,” a beautiful Indian (India) tuneturned-jam-sesh, kept things very interesting.

Musicianship: Great musicianship all around. Yamamoto was like a hamster on an ivory wheel. Blazing fast fingers mesmerized the layman as she flew through her solos at lightning speed, but with juicy, melodious harmony. Lawrence picked up most of the melodies and had some pretty good lead parts, too, as he switched from one sax to another. A good drummer is hard to come by, but two is just peachy. McCurdy and Paul held the time to a flawless count and took turns on solos as they slapped the skins with reckless abandon. Franklin held everything together as he plucked his standup bass all night. Given a solo spot on “She’s a Devil,” he walked his bass up and down the fret board with precision and taste. Lastly, but certainly not least, was Shaheed on the trumpet. He belted out the jazz standards like an expert who had played them before, standing tall in a devilish Dracula costume.

Performance: TLQ love to play jazz and it showed. The originals were an all-out, no holds barred jam session. The tight stage kept the players in their own little space, but everyone came out firing on all musical cylinders. A bit more eye contact and interaction with the audience would improve on a very good show.

Summary: The World Stage is a cute and a perfectly intimate setting for a jazz concert and TLQ Plus delivered a fantastic night of jammin’. TLQ, however, isn’t just a jam band. They brought out the softer side of things with ballads like “Ohm” (a crowd favorite), that had a lovely melody and a captivating piano solo; a “smooth jazz” kind of tune that had everyone wanting more. And more they shall have when the new CD comes out! Early next year the tentatively entitled Crater on the Moon will drop, so get your copy. Getz would be so proud!